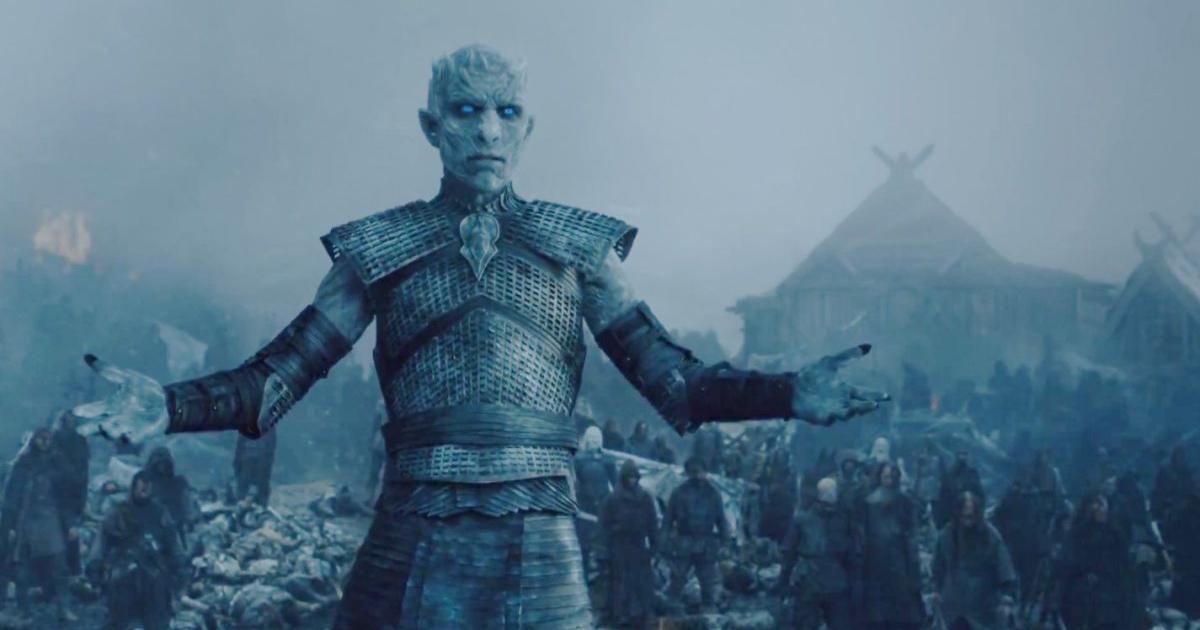 Let’s face it, deploying applications is hard, deploying Elixir applications harder. Every time I have to standup a deployment environment for my clients, my blood pressure goes thru the roof and I infallibly have to reach out for a healthy helping of Prozac patches. Luckily, there has been a lot of progress from the Elixir community in regards to deployments, notably with the great efforts of Paul Schoenfelder, but this process is still somewhat painful…

I’ll admit, I am biased and think Kubernetes and Helm are the duck’s nuts when it comes to deploying applications and feel they solve several provisioning/productivity pain points. In this post, I will share with you my current Elixir deployment strategies and recipes.

This is by no means the end all be all guide when it comes to Elixir deployments. My hope is you’ll find below some interesting nuggets that spice up your own deployment recipes.

In this installment, we will deploy my now world famous Game of Thrones app. This is an Angular frontend, which interacts with a Postgres database using Phoenix. The application is composed of Castles and their affiliated Minions. Inter-Castle communication is achieved by dispatching Ravens leveraging the awesomeness that is Phoenix presence and channels (Thanks Chris!!). 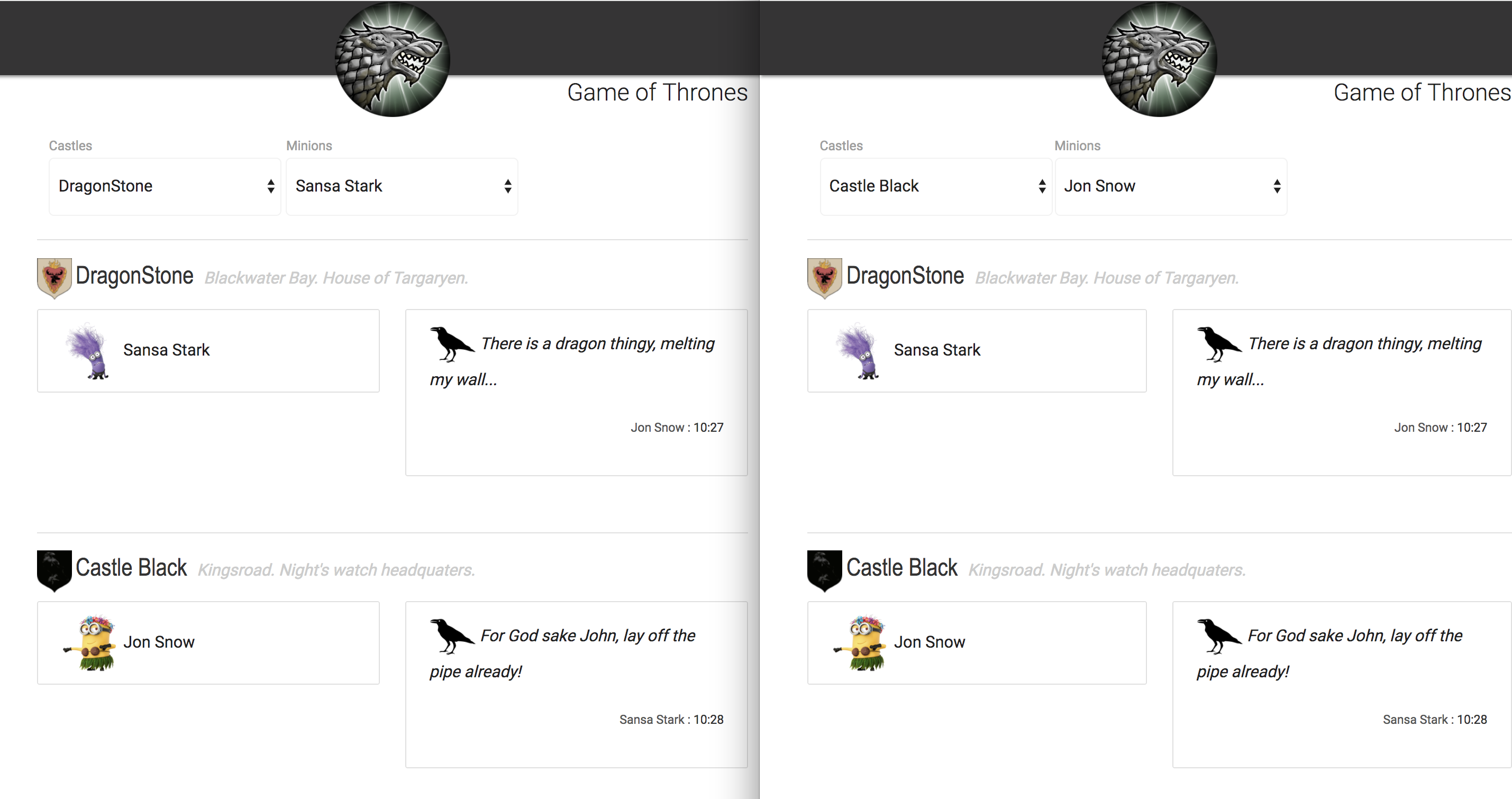 When I look at orchestration frameworks, one key thing for me, is having the ability to run things locally on my machine in the same way they’ll run in production. In my mind, this is important for tuning your deployment recipes and dependencies, sharing with teammates, but also prevents to a large degree, the typical Holly shit! when pushing to production. Honing your deployment recipes along with your code from the get-go, is in my mind the true essence of DevOps, as everyone in the team is running mini versions of the actual deployments on a day to day basis and eliminates surprises either comes D-Day or when pushing to prod several times per day.

I imagine by now, you’re psyched out of your mind to deploy the killer app! The following demonstrates a steel thread for a typical Phoenix deployment.

Fast Track…Is Yara at the Helm?

Standing up the Game of Thrones application merely involves the three following commands:

The cool thing here is these commands not only apply to your dev env but also wherever your cloud destination might be namely AWS, Azure, DigitalOcean, GoogleCloud, PappysSuperDuperCloud…

Hopefully I have just wetted your deployment appetites, so let’s highlight what’s involved here to make this a reality.

If my prose annoys you, you can directly dial in Game of Thrones on the hub.

Now, before you hate me, there is a bit of a setup and installs necessary to achieve the above deployment commands. Good news for OSX users, as most of it is now a Brew away and you only have to perform most of these steps once, so bear with me…

If you’ve glanced at the repo, you may notice a bit of a departure from the traditional Phoenix application setup. Our distribution is an umbrella app. The Game of Thrones application has two concerns: 1) Interacting with a persistent layer 2) serving the application using HTTP/WS. Thus we’ve composed two Elixir applications namely store and svc. The store is concerned about storing/retrieving records from our persistent layer, while the svc handles http request and web-sockets communication. If later on, we decide to provide GRPC (the next Jedi!) as a communication interface, we can still reuse our store app across the multiple communication layers. I find this approach easier to conceptualize and manage especially for larger projects.

We will be using Distillery coolness to build our release which we’ve added to our dependencies. There is currently a bit of a manip to enable environment variables for our config files to be injected into the release. We use REPLACE_OS_ARG and sys.config to inject configuration parameters when building the release. I think there are better ways to do this, if you don’t want to drop down to Erlang, but haven’t explored as of yet…

To build our release, we use Alpine-Elixir from Derailed (Who is that clown?). Now in order to build an Erlang release, one must compile the application code on the same machine/distro the application runs on. This is typically a two step process 1) generate a release tar file and stash it 2) use the release tar and generate a runnable docker image. We are in luck here and use the new Docker Multistage feature to build our Game of Thrones image in a single swoop as shown below.

The resulting Docker image to run our Elixir application is a smashing 37Mb!

Feeling a bit mixed up? You should be. A side effect of deploying a release version of your app entitles you to no longer have access to your beloved crutch aka Mix ;-(

So in order to run some of our usual tasks such as migrations, seeds or post deploys, you must now switch out to running commands from your build artifact. We are in luck here as the release binary takes ad-hoc commands that one can run on a bundled release. Once the release is in its destination container, we can now ensure the db exists, the latest migrations and seeds are applied by issuing the following command:

Next we will use our new docker image and provision our application using Helm.

Helm is a templating engine that allows you to parameterize your Kubernetes manifests and inject values using Go templates. This is a bit verbose to explain here, so please refer to the repo to look at how the GoT charts are composed.

Next thing, we need a repo to host our charts so that our team can install. Quay.io provides a new feature to allow one to push a Helm chart and serve it up to makes it available for our team to install. At the time of this writing, there was a bit of a disturbance in the Quay force hence we had to resort to our own helm chart registry. It is simply a github pages powered site with the chart tar balls and an index, nothing special.

Given my advanced age and that I can’t remember what I was doing 5 mins ago, I repurpose the wonderful Make utility to synthesize commands and produce the requested artifacts. I find it a nice convenience vs using straight bash or mix tasks. As such, when the code changes and I am ready to push out a new release, I can simply issue the following command:

Sheesh! Are We Done Yet?

If you’re still reading this you may think to yourself “Bof! The French man needs to lay off the pipe!”. This is a lot here to take in and digest as well as multiple tools to master. I certainly understand the feeling! The blessing is most of the CLIs are actually simple to learn. Deployments are complex and if you are building something useful, it will unlikely involve just one piece of tech. I also know, the times of building apps and tossing over the fence for Ops to deploy and support are over and done.

As developers, it falls in our responsibility to own the bulk of deployments and support it. I think that Kubernetes gives you uniform means to manage your deployments locally and in the cloud. To boot, your application alone is not enough, most likely you will want to incorporate third party tech for searching, monitoring, alerting, tracing, etc… Most of which will unlikely be Elixir GenServers…

Once you’ve got your base K8s chops in order, you can easily venture into incorporating with other stacks and leverage best of bride techs using the same familiar mechanisms. They are a lot of talks about giving up hot code reloads when going to the Docker side. It’s true. Though a nice Erlang convenience, I thing there is much more to simply injecting new features at runtime as these may affect other parts of your deployment stack and not just your Elixir code. In the end, I find cutting a new release and leveraging Kubernetes rolling updates across your entire deployment, while allowing for quick rollbacks is IMHO a much cleaner, predictable and trackable solution.